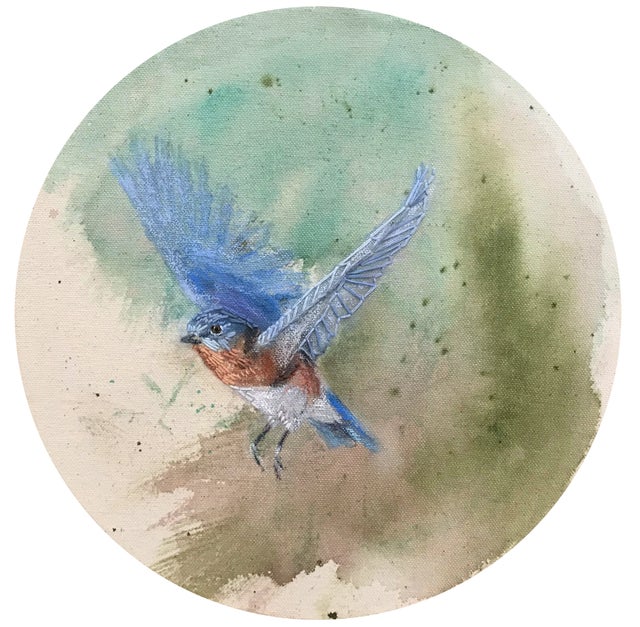 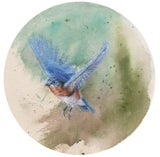 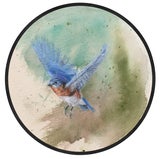 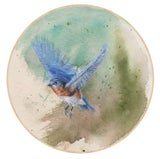 This little painting is of an Eastern bluebird flying off, perhaps over the rainbow... Created using watercolor, thread and pastel on canvas, in circle format. Part of a series on migration.

This bluebird was seen migrating south for the winter through a marshy area off the coast. Eastern bluebirds may migrate short distances in some parts of their range, but some eastern bluebirds have been known to migrate over 2000 miles. Their migration like all birds depends on the weather and their natural habitat. Those far north, will definitely travel great distances to find somewhere warm in the summer. Eastern bluebirds are primarily found on the eastern coast of the United States, though their range can spread as far west as New Mexico.

This painting is sold unframed but in the hoop, but can be framed for a little extra, please email me for more information. The "frame" images are for show.

Colors vary from screen to screen, but the dominant colors in this painting are a light bright blue and rusty red.

Sold out
Add to Cart
You may also like...

Taking it in (Red Headed Woodpecker)

That Bird of mine - American Robin