“The phoenix must burn to emerge.”
― Janet Fitch, White Oleander

Fire is neither good nor bad; it is both damaging and creative.

From one perspective, fire is destructive and must be stopped. From the opposite perspective, a burning forest fire is clearing the slate to make way for new life. But truthfully, fire rests somewhere in between, it is neither good nor bad, it is as it is: Fire.

The following pieces were inspired by wild fires as they happen, the neutral stage. 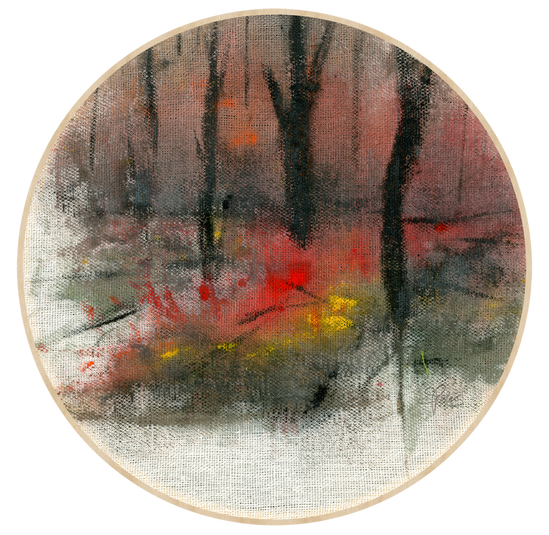 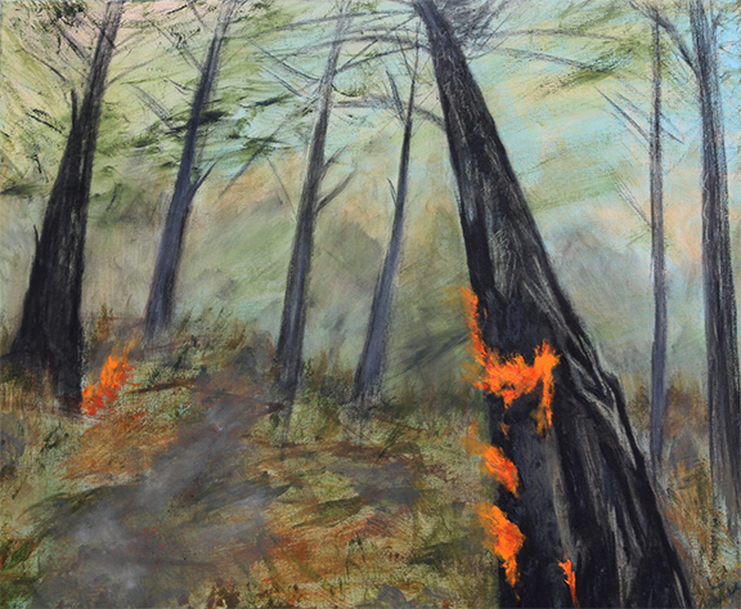 On Fire. 24x20" Acrylic on canvas
Contact for availability

Wildfires are part of the life cycle of a forest. Some species of trees like the lodgepole pine depend on fire to germinate their seeds, and some flowers like the Fire Poppy, grow only after a severe burn. Bark beetles seek out burned trees to lay their eggs. And then woodpeckers, like the black-backed woodpecker, seek out those same trees to feast on the beetles. Birds like the Kirtland Warbler need young jack pines to make their nests, and mammals such as moose, deer, and rabbits rely on the new plant growth produced after a fire as food.

The following pieces are inspired by the good - the benefits of wildfire. 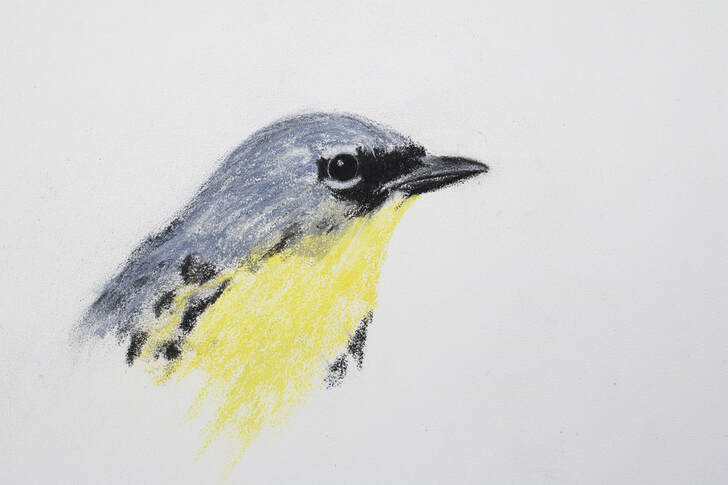 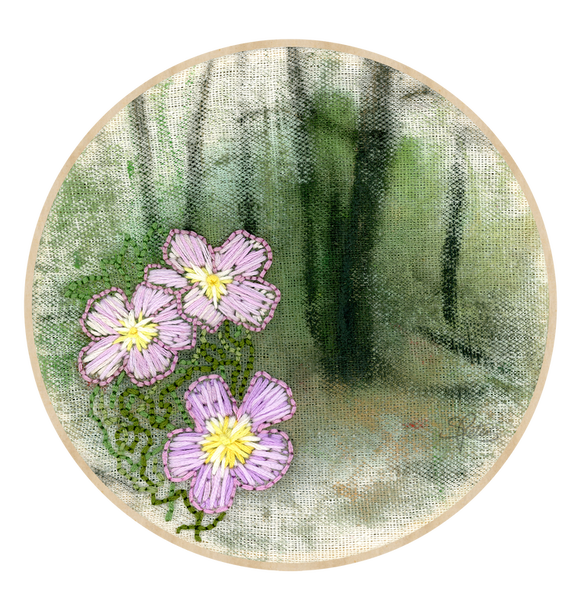 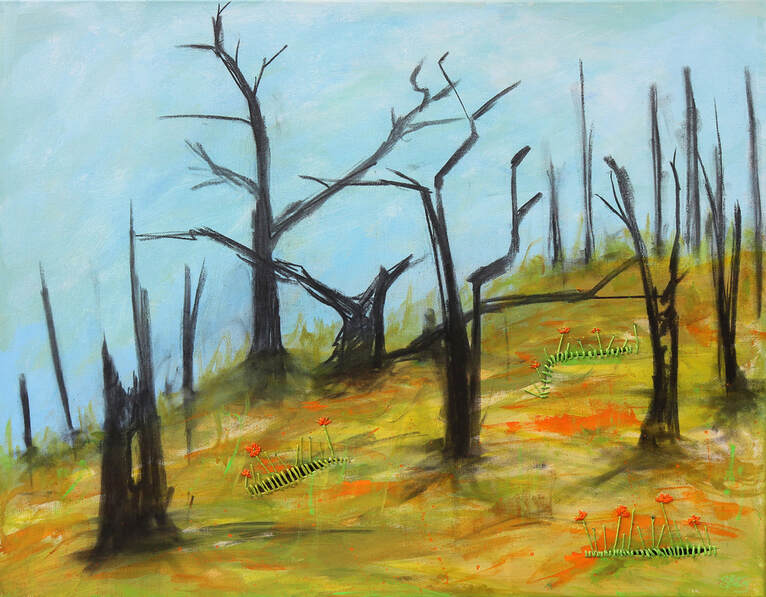 We are no stranger to fire being bad. Especially during and after the intense wildfires we have consistently experienced in recent years. As the planet changes in temperature and drought becomes more consistent, forests are becoming more brittle and dry than ever before. And any fire, whether started by lightning or by human activity, will burn a dry forest with intense flames allowing it to spread fast. These are the fires that burn long and hard in California, Alaska, the Amazon and Australia - to name a few places.

When fire spreads so fast, and burns so much, it is hard for wildlife to escape, especially if they are slow moving like the Koala Bear. Or if they do escape, their habitat is destroyed, and some creatures like the Mount Graham red squirrel lose the only forest they can survive in and struggle to adapt or repopulate afterwards. And some trees, like the Ponderosa Pine, take years to grow in height to replace old growth that was burned to the ground, giving way for non-native trees and plants like the fast growing Aspen to take over.

The following pieces inspired by the bad - the casualties of wildfire. 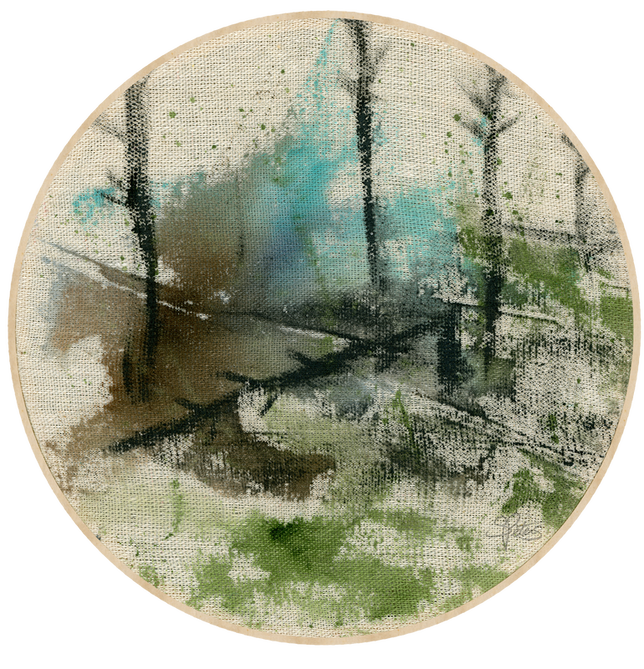