My work uses mixed media methods to reveal the unexpected with shapes, textures, and colors, by combining abstract and traditional styles. I explore ways to break the boundaries of a two-dimensional surface by using primarily acrylic paint, ink, fabric, string, charcoal, and paper. Using a variety of techniques, I am able to bring imagination, energy, theory, and love into form.

My inspiration comes from my encounters with wildlife and my relationship to the shifting future through science (climate change, natural hazards, etc.) and ideas (religion, politics, opinion, etc.) I am interested in illustrating how society reacts and connects with the ever-changing planet, through a nature or nurture perspective. The result creates a visual conversation that invites the viewer’s attention inward.

The paintings I am currently working on are about the changing earth, and influenced by the political interpretations of scientific research on geophysical hazards. With a loose abstract-traditional style, I am visually documenting recent significant natural cataclysms from an environmental perspective. The work also depicts our understanding of natural hazards across time and culture. As legend and science merge, the paintings build a sense of beauty that can be found inside all of apparent chaos that makes up our current perspective of the changing earth.

All of my work is my way of telling a story in hopes to awaken the imagination and creativity inside each of us.  My work engages the audience on many levels and encourages viewers to look inward and find something within themselves – inspiration, conversation, or a smile. Encouraged by the natural world around me, my art is bold, colorful, fearless but approachable and aesthetically pleasing.
For abstract, I paint from memory - for me to truly share my experience,
​ it comes from painting a special memory of that experience.
The subject of my work is not about what the eye can see, that is the point of departure.
Instead, my work gives form to what the spirit experiences.

In the Press - selected 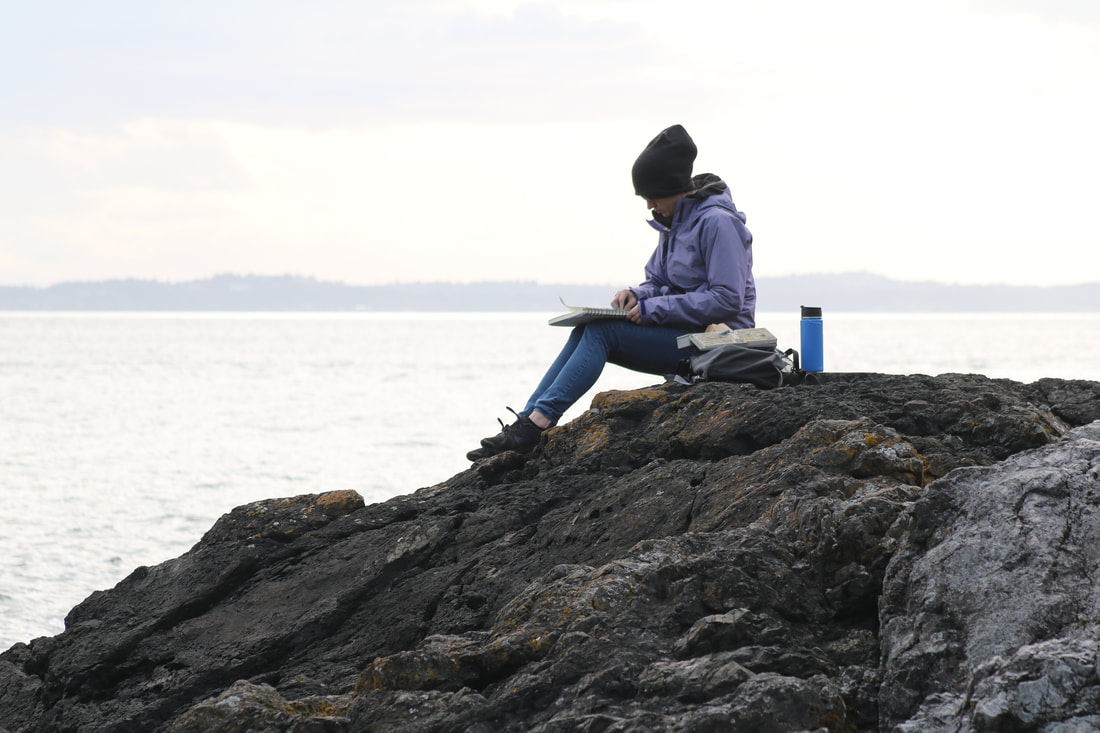 all pictures taken of me on this page are by Neil Rizos.